Do you need assistance to get your product correctly designed and ready for manufacturing? 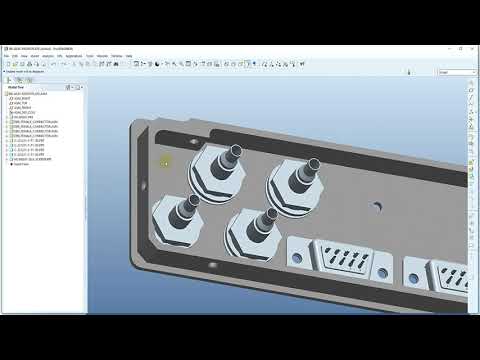 We have over 15 years of experience in product engineering. More specific, our services do include 3D modelling of parts and assemblies. On the other hand we are a production factory. More specific, we combine our knowledge of production techniques and skills in product engineering. In this way, we are the perfect partner for designing your product. next, our designs are straight forward and focus on efficient manufacturing.

Do you have a new product idea ? And you don’t know how to turn it into a real product ?

Are you in need of engineering capacity to make 3D models of your parts ?

Do you want us to design and produce your product ?

We are at your service !

Our engineers have a lot of experience in designing for maximum product features. Furthermore, we follow the specifications and strive to cost effective manufacturing. In addition, we recommend that we learn about your product at the beginning of the project.

We use product design and ergonomics as tools to make a product marketable. Simply said: design is about aesthetics. In brief, your product wont sell if it does not look appealing. However, a good design alone does not guarantee success. However,  the value of a good industrial design is obvious, an attractive design not only helps to sell more products. In addition, it also allows you to charge higher prices. As a result, your profit will be higher. Ergonomics, on the other hand, focuses on the human interaction with a product. How does it feel in your hand? Do the shape and contours conform to the part of the body that comes into contact with the device?

Davantech’s designers integrate design and industrialization into a single process. The goal is to design a product that is easily and economically manufactured, for instance. We achieve this result by early collaboration between mechanical and electronic engineers. Moreover, the production specialists are involved from the beginning to give their feedback.

Reduce the number of parts in a product. In this way, the manufacturing cost will be lower. To clarify, fewer parts often lead to less sourcing, development, purchasing, assembly, testing and development time.

The use of modules in product design often leads to an easier assembly. In addition, it provides ease in repairing, maintaining, or replacing a part of the device in the event the part were to fail.

Tolerances often lead to failures. The tighter the tolerances, the more chance of defects during component manufacturing. Therefore, it is better to think about adjustments features in the early design stage. Once parts are being produced, devices are being assembled, it will cost a lot more to rework your product instead of adding some adjusting feature in the design.

Make designs with ease of fabrication in mind. We select the optimal combination between material and fabrication process in order to minimize manufacturing cost. By and large, secondary operations such as painting, coating, and surface finishing should be avoided. Next, requiring a high degree of precision on parts should also be avoided whenever possible, as this poses manufacturing challenges and increases the reject rate (yield loss), resulting in higher part production cost.

Use rounded corners instead of sharp edges.  Because plastic flows better through rounded corners during plastic injection. Concurrently, a molded part needs draft angles. we need them to ensure that a plastic part can be released from the mold without damage. Draft is an angle incorporated into a wall of a mold so that the opening of the cavity is wider than its base. It ensures the un-molding of a plastic part.

In addition, minimize assembly directions in the design. Electronic products should be assembled from one direction. Therefore, the ideal direction is from above. This way gravity works with you during the assembly process.

Our designers always study the required specifications at the beginning of a new engineering project. Thereafter, we make a draft of the form factor and functions of a product. In this way, we ensure that the most suitable design, material, and manufacturing process is selected. And thus, we warrant the most optimized cost and performance of the product. Furthermore, a good mechanical design is crucial in the development of any electronic or mechanical product.

We use cookies on our website to give you the most relevant experience by remembering your preferences and repeat visits. By clicking “Accept All”, you consent to the use of ALL the cookies. However, you may visit "Cookie Settings" to provide a controlled consent.
Cookie SettingsAccept All
Manage consent

This website uses cookies to improve your experience while you navigate through the website. Out of these, the cookies that are categorized as necessary are stored on your browser as they are essential for the working of basic functionalities of the website. We also use third-party cookies that help us analyze and understand how you use this website. These cookies will be stored in your browser only with your consent. You also have the option to opt-out of these cookies. But opting out of some of these cookies may affect your browsing experience.
Necessary Always Enabled
Necessary cookies are absolutely essential for the website to function properly. This category only includes cookies that ensures basic functionalities and security features of the website. These cookies do not store any personal information.
Non-necessary
Any cookies that may not be particularly necessary for the website to function and is used specifically to collect user personal data via analytics, ads, other embedded contents are termed as non-necessary cookies. It is mandatory to procure user consent prior to running these cookies on your website.
SAVE & ACCEPT